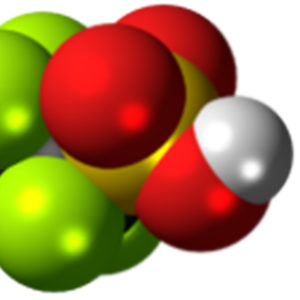 What is PFOA & PFOS

There is a new buzz word in our industry.  It’s PFOA, well that’s an acronym, not a word.   What is PFOA?  Pretty Flowers of Africa? NO.  It’s Perfluorooctanoic acid, say that 10 times!!  It’s one of the ingredients in the manufacture of fire foams and nonstick coating agents.  Here is a link to the everything you wanted to know about PFOA.  Read it and return here.

Ok you back?  PFOA is turning up in public and private water supplies.  After PFOA was discovered, the New York state Department of Environmental Conservation (DEC) and Department of Health, (DOH) went into full panic mode. The DEC established 1,500 potential cleanup sites, (that’s 3,000 tanks), and sent out the call to every water treatment supplier in the Northeast and every man, woman and child with a pipe wrench to install treatment systems.

The DEC set up a command center and got into the filter business.  Imagine that? A government entity in the filter business.  My New York customers and I could write a book on the 4 weeks of insanity this caused. They purchased filter tanks, filled them with activated carbon, and sent out every qualified (?) Tom, Dick, Harry and Sally, to install them.   This is the stuff of fireside stories grandfathers tell bored grandchildren.   “Kids, did I ever tell you about the PFOA Panic of 2016?”  It started on a quiet winter day in February….  I got a call from a dealer in New York………

How to remove PFOA & PFOS from drinking water.

All kidding aside here are the key take-aways:

My industry insiders tell me PFOA sites are cropping up in almost every state.   I’ve already seen it in PA, MI, NY, MD, WV, even Alaska.  Now everyone is testing for Lead and PFOA. Who knows what’s next?